A large-scale polar expedition team composed of more than 500 scientists from 20 countries conducted a year-long scientific investigation in the Arctic. The SPN1 solar intensity meter of the British Delta-T sold by the science and technology agency is the one-year Arctic expedition. One of the instruments used in the central scientific expedition, the MOSAiC project (Arctic Climate Research Multidisciplinary Drift Observatory) is closely analyzing the environmental factors of the Arctic (the Arctic is the center of global warming) in order to understand the nature of global climate change Have a basic understanding.

This scientific expedition was carried out on the basis of an icebreaker operating near the Arctic for 12 consecutive months. It is expected that the collected meteorological and environmental data will provide scientists with important new information about global warming.

The US Department of Energy's Atmospheric Radiation Measurement (ARM) IceRad system has installed an SPN1 pyranometer near the icebreaker to measure solar radiation and sunshine hours. SPN1 provides an internally heated, compact and robust solar energy measurement solution. SPN1 has no moving parts and no adjustment is required during use. Therefore, it is very suitable for use in extreme environments.

The SPN1 Sunlight Intensity Meter is a scientific-grade meteorological instrument designed for long-term outdoor testing with a built-in heater. It can also be used as a light-shielding ring solar intensity meter, a solar thermometer or a traditional solar recorder. The SPN1 solar radiation sensor is easy to operate, does not require regular adjustment and polarity arrangement, and can work at any latitude. 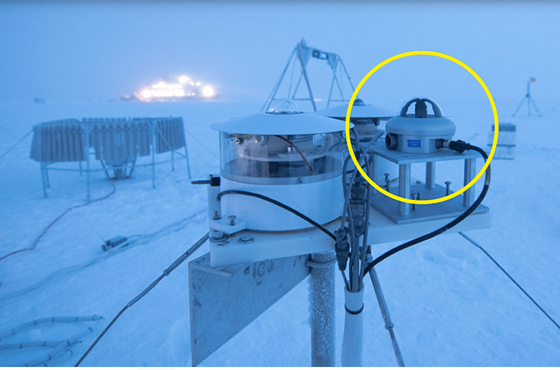 Both total radiation and scattered radiation can be measured at the same time, unit W/m2

No regular adjustment and polarity arrangement

Can be measured in any latitude 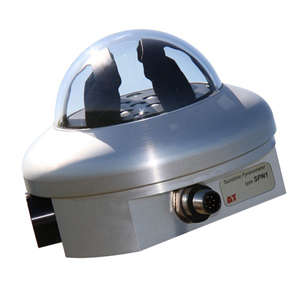 SPN1 uses a row of 7 miniature thermopile sensors and a controller to control the shading method to measure the direct and scattered parts of sunlight. The light-shielding method and the emission of miniature thermal pile sensors make that no matter where the sun is, at least one thermal pile sensor is completely exposed to the sun and at least one is completely in the dark. All seven miniature thermopile sensors receive the same amount of scattered light. Based on the readings of each thermal reactor, the microprocessor calculates the total radiation and scattered ground light, and uses these values to estimate the sunshine status.