What is the maintenance mechanism for forest biodiversity? The Mark Ping research team from the Institute of Botany of the Chinese Academy of Sciences, for the first time combined with subtropical forest seedling regeneration dynamic monitoring data, high-throughput sequencing technology and neighbor effect model, revealed the role of different functional soil fungi in driving subtropical forest community diversity. A new theory of the interaction between ectomycorrhizal fungi and pathogenic fungi affecting plant survival. Related research results were published online in the journal Science on October 4. 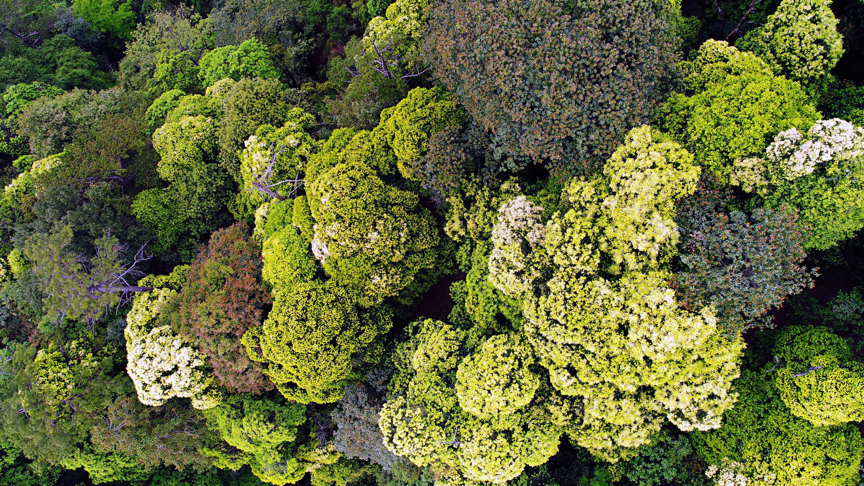 Subtropical evergreen broad-leaved forest is a unique type of forest vegetation in China. It has the widest distribution, the largest area and the highest biodiversity in China, accounting for about 1/4 of China's land area. It is extremely important for China's ecological civilization construction and ecological security. . Historically, China's subtropical evergreen broad-leaved forests have experienced frequent and large-scale human disturbances. Most of the native vegetation, especially the low-altitude areas, have mostly disappeared, and a small amount of preserved primary forests have also disappeared. Most of them are severely fragmented and need to be protected and repaired. However, due to the lack of sufficient understanding of the maintenance mechanism of subtropical forest community diversity, how to conserve and restore various degraded subtropical forest ecosystems in China faces the core theoretical bottleneck.

In the early stage of the research team, through long-term dynamic monitoring of subtropical forest communities, it was found that plant homologous density restriction can provide different living space for heterogeneous individuals through the mutual restriction of individuals within the species, thereby promoting the coexistence of community plant species. However, the pattern of interaction between plant species and the formation mechanism of the same species density is not clear.

After 10 years of hard work, the researchers systematically monitored more than 100 species and more than 25,000 woody plant seedlings in a 24-hectal forest dynamic monitoring plot in the sub-tropical zone of Gutian Mountain, Kaihua County, Zhejiang Province. A total of 34 species and 320 plant individuals were selected, and the composition of fungal community in rhizosphere soil was determined by high-throughput sequencing technology. “Soil fungi generally interact with the roots of plants. The rhizosphere is the most important place for their interaction. To reveal the interaction between fungi and plants, we determined the composition of fungi in the rhizosphere soil of plants” Chen Lei said. On this basis, the interspecific differences in plant species interaction intensity and plant accumulation in different functional soil fungi rates were quantitatively evaluated.

The results showed that the speed of plant cumulative pathogenic fungi and ectomycorrhizal fungi was significantly different between species and showed a significant negative correlation. At the same time, the speed of plant-accumulated pathogenic fungi and ectomycorrhizal fungi determines the intraspecific interaction intensity of plants: species susceptible to pathogenic fungi are often subjected to strong intra-inner interactions, and can be faster with exogenous bacteria. Species in which the root fungus forms a symbiotic relationship are less susceptible to intra-species negative interactions.

For the first time, the study demonstrated that the intraspecific interaction intensity is determined by the interaction between harmful pathogenic fungi and beneficial mycorrhizal fungi, subverting the classical community diversity maintenance theory based on pathogen-plant intraspecific interactions. The establishment of subtropical forest ecosystem restoration theory, technology integration and demonstration provides an important scientific basis. It also provides new ideas for correctly understanding the process of subtropical forest community rebuilding in global change scenarios and the distribution pattern of global woody plant biodiversity.