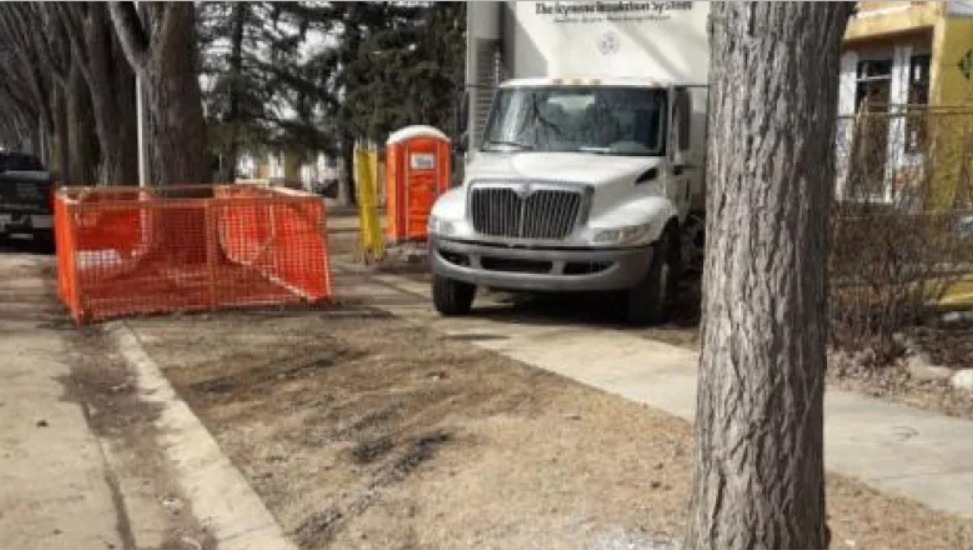 Edmonton is striving to protect some 380,000 trees on city-owned boulevards and open spaces with some new rules, a city report shows.

The city has drafted a preservation bylaw to help prevent trees from getting damaged or destroyed at work sites.

About 3,000 hectares of natural areas, such as stretches along the river valley, would also be protected.

Coun. Ben Henderson is a proponent of new ways to shield the city's urban forest.

"They're a huge asset of the city's and we need to have the tools to be able to protect them," Henderson said in an interview Monday.

Between January 2019 and April of this year, 196 work sites had varying levels of damage to trees, the report says.

"We need a way of being proactive about this, about making sure that everybody — before they go in and do the damage — knows that they're not to do the damage and there's consequences if they do," Henderson said.

The bylaw proposes that a person or company working within five metres of a tree trunk, or within 10 metres of a natural area, must have a permit and an approved tree preservation or protection plan.

Types of work could include construction, demolition and excavation.

The draft bylaw calls for a $500 fine for failing to submit a plan and securing the proper permits. A Leger research paper included with the city report suggests a range from $96 to $525 depending on the job.

In focus group sessions with builders, developers and utility companies in March, Leger found nearly all participants said they don't want to pay for permits and didn't understand why they were necessary.

Mick Graham, owner of Singletree Builders and a member of the Infill Development in Edmonton Association, said IDEA agrees it's important to protect mature trees.

"We recognize the responsibility that builders have when they're operating in mature neighbourhoods," Graham said.

"What makes me cringe is, are we looking at another layer of red tape?"

He said responsible builders are already paying for fences and mats to protect trees, which can cost around $500.

Developers already need permits when crossing a boulevard within five metre of a city tree and they need a tree protection plan the job starts. The plans often include putting up a fence around mature trees and mats on the boulevard to protect the tree roots, Graham said.

Despite the existing measures, city trees are still damaged or lost by heavy equipment and vehicles driving over roots.

Councillors raised the issue in July 2017 and directed administration to report back with a stronger tool to protect trees.

Henderson said he supports the added permitting fees instead of fines and enforcement.

The proposed bylaw includes a section prohibiting people from moving, removing, cutting, damaging or pruning any city tree. Posting or attaching an object to a city tree is also included as an infraction with a fine up to $250.

Mature trees provide the largest ecological benefit but make up 15 per cent of the city's boulevard and open space trees, the report says.

Edmonton's mature trees have a monetary value of $900 million and an ecosystem benefit of over $10 million a year.

Council's urban planning committee will discuss the proposed bylaw at a meeting next week.